Get Your FREE Paleo Starter Guide

The sea taste sometimes haunts us we find ourselved unguarded – well here’s the Paleo Shrimp Stir Fry for you! A very tasty,  versatile cuisine that will sure satisfy the belly. It’s super easy to make and is very healthy! 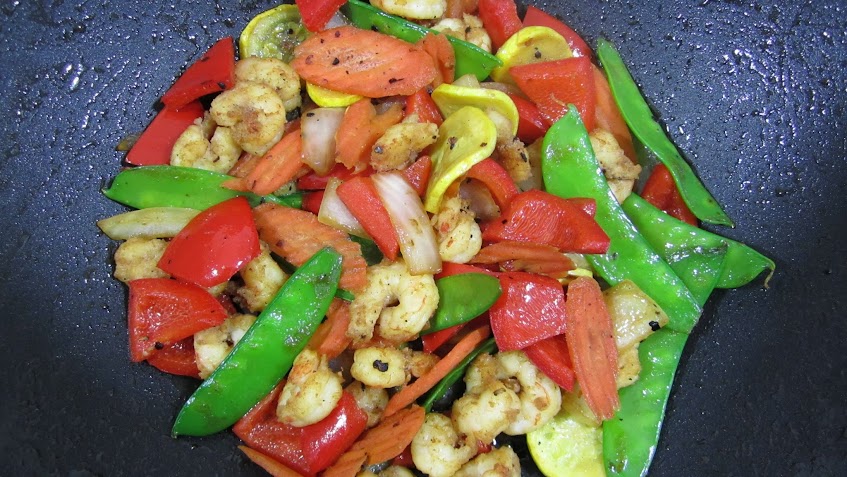 This is a guest contribution from Vic Magary, the author of Easy Caveman Cookbook 2.

Let’s face it… cooking can be a pain! Between the time it takes to prep and cook a meal and the time needed to clean up afterwards, cooking can throw a serious monkey wrench in your schedule. That’s why I tend to gravitate towards cooking methods that are either fast (stir fry) or hands off (Crock-Pot) and use only one cooking vessel. Below is my favorite paleo stir fry recipe for minimum clean up and maximum flavor.

Truth be told, personally I’m not afraid of a little white rice and I do eat the stuff occasionally. But for the paleo purists, I’ve gone with the oh-so-popular method of mimicking rice using cauliflower. It’s a pretty damn good switch. Try it yourself with this Asian flavored flair and see what you think.

Vic Magary is a contributor to Ultimate Paleo Guide. Follow him on google+ here.

This site uses Akismet to reduce spam. Learn how your comment data is processed.